Getting old can be hard to do, especially when you seem to be doing it on your own.

Ben Whittaker is a 70-year-old widower who wants to feel useful again so he breaches the modern age. After sending in an video application for a rapidly growing company he not only gets the job but interns under the head of the company Jules Ostin. 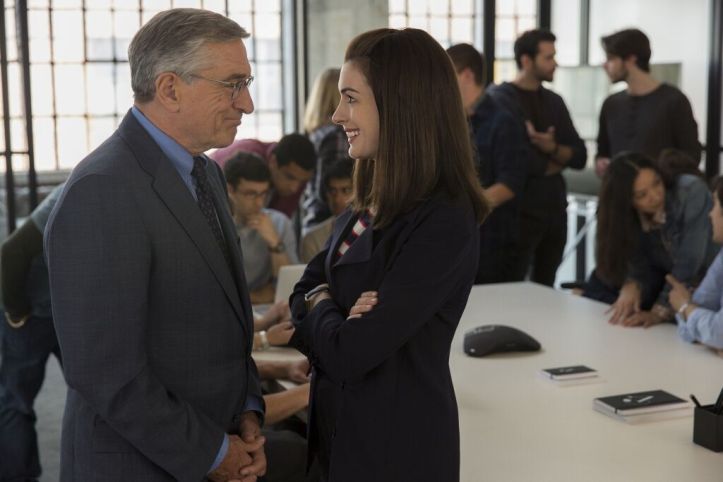 Looking back at this film it is going to have a mix of reviews but I shall say it now: I really liked this film. Its combination of character is nothing we haven’t seen before but the mix of actors and adorable script makes this a really enjoyable watch.

Directed by Nancy Meyers, known for The Parent Trap and The Holiday, I would say this is no surprise. Although her films are not known as ‘classic rom-coms’ they do have a consistent combination of light entertainment and a fantastic cast.

Take Robert Di Niro: a prime example of one of the most talented actors in our time. His character is the human personification of Carl Fredrickson (Up) but lighter, which pleased me no ends. This means he does not appear senile or lacking in any way.

There is a clear difference in the world he grew up in and the one he finds himself. Although the main character he does not force himself in any way on the audience, your affection towards him is completely down to DeNiro. Hathaway, on the other hand, is very much force ably the main character. 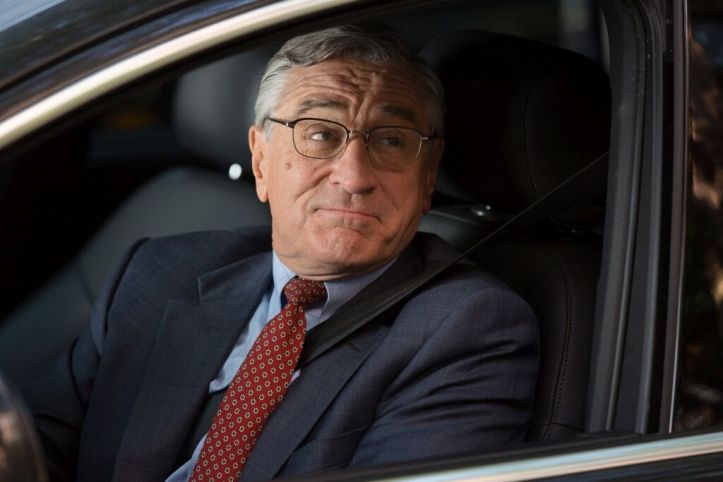 I will preface this by saying I do like Anne Hathaway. She is a very good actress and even better when she is singing either on screen or at award shows, but this character shows what is wrong with a lot of films these days.

Her character, Jules, is a strong female who built up her company from the ground up. Hathaway is more than capable of performing all of this. It is nothing new and I wouldn’t say a stand out performance.

As I said before, I liked this film. It has a nice story arch filled with some wholesome characters. Everything flows nicely and with relatively no problems if you completely ignore any side message that is hinted at. This is the type of film that those starting uni could go to as a first or second date. Most of all I would recommend seeing this just for De Niro.