Icon Film Distribution is pleased to confirm the UK and Irish cinema release of John Michael McDonagh’s WAR ON EVERYONE this September. 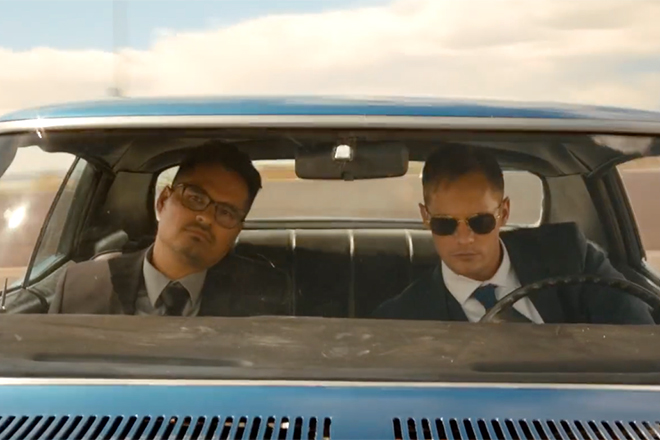 In Albuquerque, New Mexico, Terry Monroe (Skarsgård) and Bob Bolaño (Peña) are two corrupt cops who set out to blackmail and frame every criminal unfortunate enough to cross their path. Things take a sinister turn, however, when they try to intimidate someone who is more dangerous than they are. Or is he?

WAR ON EVERYONE will be released nationwide in the UK and Ireland on September 30, 2016