Impossible : the theatre of magic returns to London’s West End and we were at opening night!

We’re off with the bang of a rack embedded with metal spikes smashing down into the incarcerated body of illusionist Sabine van Deimen. But there is no blood and guts. After a miraculous escape, the show has begun.

Welcome to Impossible, a theatre show truly like no other, where seven master illusionists come together to create a spectacular that has had them touring the globe, and now returning to London’s West End for a second run – with some new participants and daring new acts. We are sold the thrill of magic, old as time itself, a master art full of secrets, daring and wonder, from the moment our bottoms hit the seats and most of us buy straight into it. I for one have not seen a magic show since I was about five years old, and if I remember correctly, that involved a suspicious duster, several hankies tied together and some reappearing sponge balls. I wasn’t set up to have high expectations in life, clearly.

After watching the odd reality TV show here and there, a few bad crime drama episodes and the odd blockbuster film, I think we all have a perception about magic, illusion, and the art of misdirection, but Impossible puts all our preconceptions to shame and raises the expectation bar all the way into the stratosphere!

Kicking it off with a thorough explanation of the traditional bed of nails, Jason Goodwin took delight in explaining the ins and outs of ‘pain tolerance’ to us, presenting the question, what if a bed of nails became a bed of, say, one nail? Cringe all you like, it’s worth seeing to believe, and he follows it up with some flaming good escapology. Yes, I know that sounds like a daring cocktail, and well, it was. If some magicians are master escape artists, and some can survive the pain of being set on fire, why not do both together? 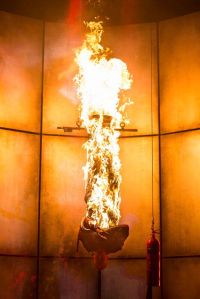 Sabine van Deimen returned to the stage with a bit of a tongue-in-cheek act, sawing a man in half instead of the traditional female assistant. She also has a nifty laser light show that would go down ridiculously well in club on Friday night. Chris Cox managed to read the minds of everyone in the room with only four pieces of paper, and followed it up by showing us all how to mind read from drinking the spit of some poor, unsuspecting, randomly selected audience member who was clearly not traumatised enough by being asked to regurgitate a mouthful into her drink bottle in front of a full theatre in the first place. I’m still not sure if we were more disturbed by that or the fact that he knew what kind of car she drove and where she lived.

Britain’s Got Talent winner and member of the Household cavalry, Lance Corporal Richard Jones was man of the hour, telling us during his guest appearance that he has been let off duty every evening for the run of the show. He even rocked up to perform in his uniform, and there is definitely something about a man in uniform, especially when he can make a paper origami cut out of a famous person’s head almost perfectly from a randomly selected bag of options. Street Magician Magical Bones also kept the ladies entertained by brining everything they could have wanted to the stage, money, moonwalking, and chocolate bars. Oh, and a very impressive back flipping card trick….

Which brings me to my personal favourite act of the evening, if I can say I had a favourite, because they were all insanely good. Ben Hart had to be favourite, not for the fact that his vanishing and reappearing acts were en pointe for serious wow-factor, but for the fact that his opening number introduced me to the concept that magic is storytelling. I love a good story, and in weaving words would like to believe I’m a storyteller at heart. So perhaps rather innocently, I was captivated along with the rest of the audience by Ben before he even performed any illusions, because he told a good story, a great story. He even used popping candy. And then he shrunk a pack of cards down to dust… 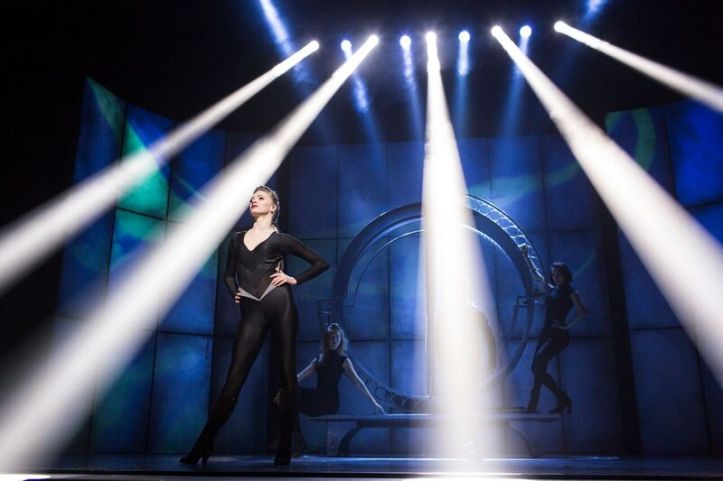 Most impressive act of the evening perhaps had to go to Josephine Lee. A master illusionist who holds the record with magician Hans-Klok for the most illusions performed in five minutes. When we spoke to her after the show, she’s rightfully proud that almost three years later, its a record she still holds. Speed was the name of her game for this evening as well, being hand cuffed and thrown into a sealed and padlocked tank containing a tonne of water. She went well over the minute and a half it apparently takes her to escape in practise. Whilst we were all glued to the horror before us, she didn’t drown, but her escape did have the entire audience jumping out of their skin.

Impossible? Yes. See it to believe it!