Jack Reacher returns when his instincts tell him the arrest of Susan Tuner is not all it seems. Hell bent on proving her innocence they must both go undercover to find out the truth behind one of the darkest government conspiracies.

Probably the most misleading film I have ever seen. Not only is it sold as an action film, complete with an explosion on the poster and Mr Cruise aka Mr Mission Impossible himself, but with the sub-title “Never go back”, you would expect absolutely 0 dull moments. Unfortunately, all of this is a ruse and disappoints from the word go. 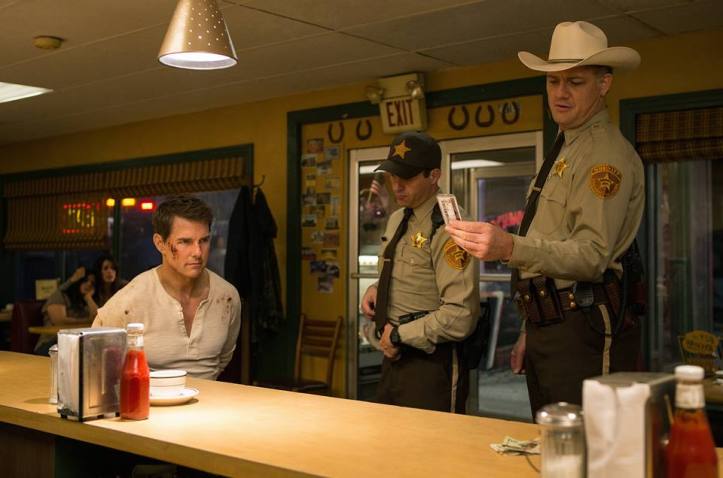 In my opinion, and I could be totally wrong in this, for an action film to fall into this genre it should have explosions. Not only one. This singular fireball, as impressive as it is, has been paced as a key image for a lot of the publicity. Its just a shame that the poster doesn’t have a spoiler alert on. This lack of spontaneous action is consistent and leaves you with a very un-surprising plot. Unfortunately this is reflected in the script too. I don’t mind cliché lines, but only when there is a verity of excitement to go along with this.

The film isn’t entirely bad. At least the casting is good, so whatever scrip they have is saved slightly with decent acting. Cobie Smulders adds another military role to her ever-growing list and she doesn’t disappoint. Maybe this isn’t her best choice, as we know she has verity, take robin from How I Met Your Mother for example, so I wonder if she is not brave enough or if she is just being pigeon holed? Cruse appeared to be working hard doing all of his own, if not quite minimal, stunts. Always nice is an on screen chemistry that doesn’t feel forced in both the acting and development, and these guys have that down. 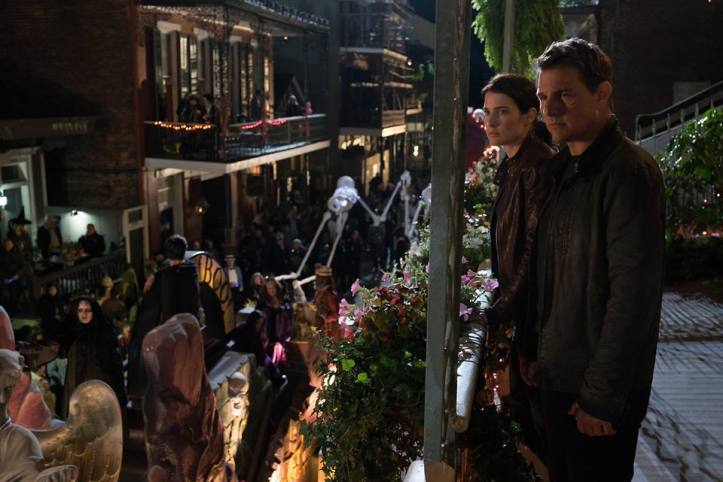 Overall, if you are looking for action, Jack Reacher is not the film to go and see. Id recommend re-watching my little pony, at least you might get some more intense cation! This is more a Netflix and chill kind of watch, something that doesn’t need much though and you could look away for a while and still not miss too much.