Unprecedented access to the world’s fastest man as he trains, travels, races and relaxes, I AM BOLT will bring audiences a unique insight into the life of a living Olympic and sporting legend, best friend, teammate and son as it’s released in cinemas around the world on November 28. 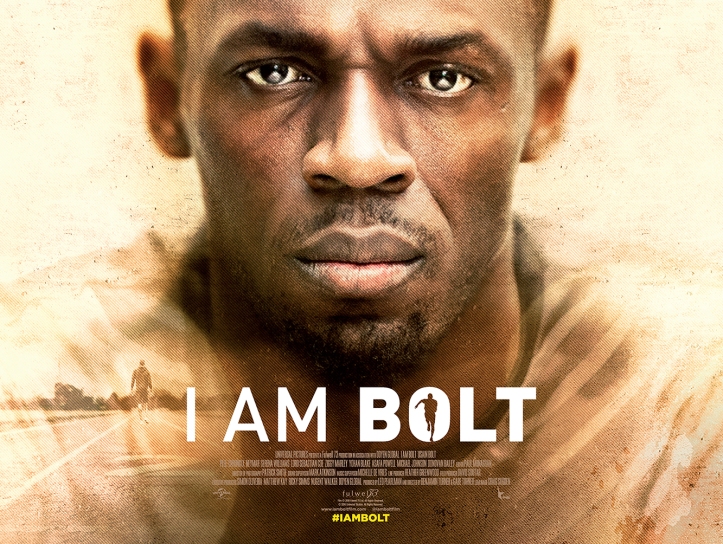 With unparalleled access to all facets of his life on and off track, audiences will see for the very first time what being Usain Bolt is really like – from his grueling training schedule, major setbacks and challenges he faces in order to achieve his dreams on the global stage to his downtime with friends and family.

Featuring archive footage from Usain’s youth, in-depth interviews with those closest to him – his parents, best friends, agent, coach and fellow athletes – and fascinating footage shot by the man himself over a legacy-defining period in his career and life, I AM BOLT offers an intimate portrayal of a globally adored icon.

Filmed on location at the Beijing World Championships, Rio Olympics, London Olympics and in Germany and Jamaica, I AM BOLT is produced by Fulwell 73, the creators of acclaimed documentariesClass of ‘92 and In the Hands of the Gods, in association with Doyen Global.  Co-directed by Gabe Turner and Ben Turner, I AM BOLT is produced by Leo Pearlman, Executive Produced by Simon Oliveira, Matthew Kay, Ricky Simms and Nugent Walker and distributed internationally by Universal Pictures Home Entertainment Content Group.

I AM BOLT WILL BE RELEASED WORLDWIDE IN CINEMAS AND ON DVD, BLU-RAY AND DIGITAL DOWNLOAD FROM MONDAY 28TH NOVEMBER