Spiderman is back in First trailer for Spiderman: Homecoming

Sony has controlled the rights to Spiderman since 1999 and last year, Marvel Studios came to an agreement with Sony Pictures that was mutually beneficial. After three films with Toby Maguire and two with Andrew Garfield, we now have our first with Tom Holland. 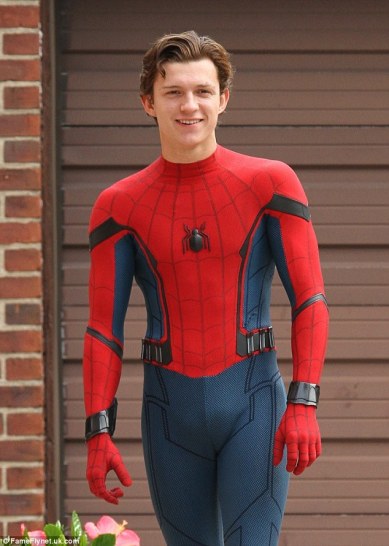 We got our first brief look at Holland’s Spiderman in Captain America: Civil War, sporting a brand new Stark-Tech suit and with Spiderman: Homecoming released next year, Holland is going to get the chance to really show us what kind of Peter Parker he is going to be.

We will also be seeing a Villain that Spidey is yet to face on the big screen, The Vulture, apparently Michael Keaton’s time on the big screen playing costumed characters is far from over. As Harvey Dent once said “You either die a hero, or you live long enough to see yourself become the Villain”.

Onto the Synopsis of this new Spiderman flick. Our story picks up shortly after the events of Civil War. A young Peter Parker/Spider-Man (Tom Holland), begins to navigate his newfound identity as the web-slinging super hero. Thrilled by his experience with the Avengers, Peter returns home, where he lives with his Aunt May (Marisa Tomei), under the watchful eye of his new mentor Tony Stark (Robert Downey, Jr.). Peter tries to fall back into his normal daily routine – distracted by thoughts of proving himself to be more than just your friendly neighborhood Spider-Man – but when the Vulture (Michael Keaton) emerges as a new villain, everything that Peter holds most important will be threatened.

It also appears that this film isn’t going to focus on Spiderman’s Origins either. After Spiderman (2002) and The Amazing Spiderman (2014), it would seem the studios are of the opinion that movie-goers have a pretty good idea now on how the Web-Slinger came to be. That isn’t to say that there won’t be a nod to the infamous spider bite but with no one cast in the role of Uncle Ben, it doesn’t look like too much time is going to spent on Spidey’s back story.

Though Spiderman did feature in Civil War, we didn’t get to see too much of what Peter Parkers new Stark-tech suit is capable of. With Stark’s background, it’s a good bet that he left young Mr Parker with a few upgrades to his outfit. In the trailer we can see that Marvel have stuck with Spidey’s web being something of his own creation rather than part of his mutation. Also, as he leaps from the Washington Monument, we see something not used before, additional webbing between the suits arms and legs, inevitably giving Spiderman a bit of gliding ability. What other gadgets and gizmos could also be hidden away? Spider Vision maybe?

With the introduction of Spiderman to the MCU, things are starting to heat up as we rapidly approach the conclusion of the plan Marvel set in motion with Iron Man in 2008.

Spiderman: Homecoming will be in Cinemas 7th July 2017