“With an infectious energy and a lot more to say than their indie-rock peers, Alan and Stevie have appeared on the scene with riffs and beats to rival the most famed rock bands.” – 1883 Magazine

Three days ago saw hotly tipped Glaswegian duo SAINT PHNX release the video for their colossal single ‘King’. The gritty visual sees its young protagonist, a boxer, training in a Rocky-esque montage before stepping into the ring at the infamous Glasgow Phoenix Boxing Gym shot in the East End of the band’s hometown of Glasgow. ‘King’, has already passed a quarter of a million stream son Spotify in only a few weeks after it was released. Imagine the vibe this incredible duo have! GREG JAMES premiered their single on Radio 1 and the track started to generate an insane buzz even before its official release. This was because the track was actually used for the end credits of ITV’s Europa League Final coverage and Sky’s F1 highlights back in May. & Sky’s F1 highlights back in May.

The SAINT PHNX brothers had this to say about the inspirational video:

“We wanted to have a theme that ran in parallel with what the song is about personally. Boxing was the perfect fit. It’s about how the world can seem a lonely place with all elements against you but through raw persistence, focus, determination and belief then you can achieve greatness. The video was directed by fellow Scott Drew John Barnes, a director who encompasses the rarest of gifts: an ability to make unique and engaging films telling a story many of us can relate to.” 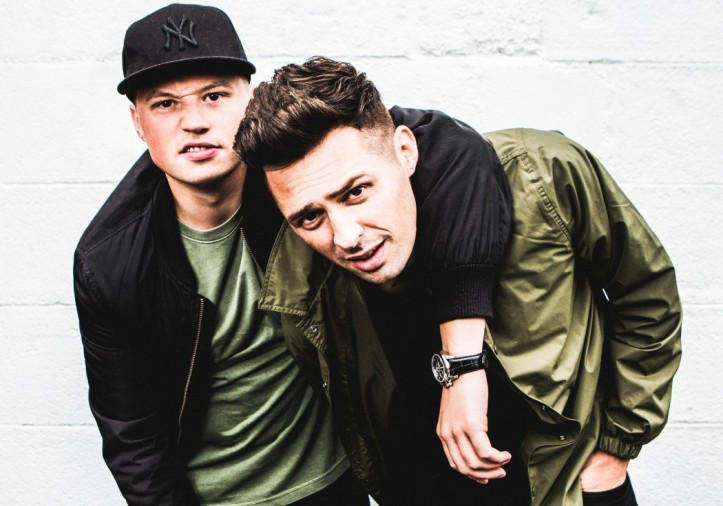 Hailing from WISHAW the band consists of brothers STEVIE & AL JUKES. Growing up in an industrial town on the outskirts of Glasgow made them rise and conquer through the music industry. They have been making waves ever since emerging during the summer with their debut single  Reload – a 3-minute dose of anthemic hooks and stadium-ready choruses that perfectly showcases their innate skill for engaging song-writing and signals their vast ambition for the project.

The band sold out their highly anticipated live debut show at Glasgow’s Nice’N’Sleazy in July and, in support of ‘King’, are set to play at the infamous King Tuts Wah Wah Hut at the end of December.

2017 looks like a prosperous year for the exciting duo having already been announced for next year’s Great Escape Festival in Brighton, after playing their ‘First Fifty’ showcase at Shoreditch’s Old Blue Last at the tail end of November, not to mention a  of new material on the horizon too.