This week fashionistas from all over the world flocked to London

This week fashionistas from all over the world flocked to London to see the Autumn / Winter catwalks from high end designers like Burberry, Mulberry and Vivienne Westwood.

We on the other hand, headed over to Freemason’s Hall to see some alternative collections from up and coming designers backed by Fashion Scout. The venue was teaming with a forward thinking and creatively dressed crowd, made up of Bloggers, Buyers, Editors and a few post-grads. 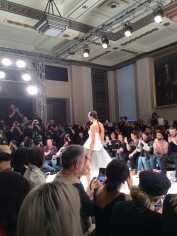 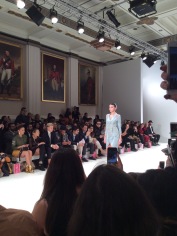 Fashion Scout is one of the UK’s largest showcases for emerging talent that shows at London Fashion Week. It is a great alternative to the more established shows and gives you the opportunity to see lines that are ready to burst onto the scene. Multiple prevalent designers including the likes of Peter Pilotto, David Koma and Felder Felder launched their success through showing at Fashion Scout. 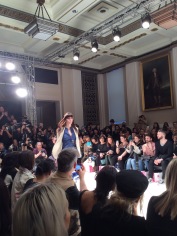 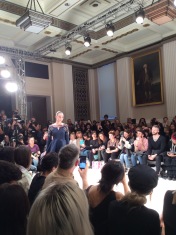 The show does not only support up and coming British talent, some of the most interesting collections on the catwalk were from China, Scandinavia, Eastern Europe, the Middle East and Asia. 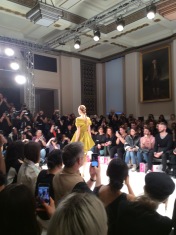 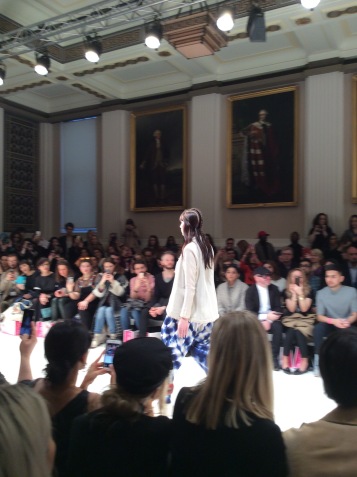 Personally I really enjoyed Fashion DNA, a collection of designers from Pakistan. The designer Gulabo really stood out to me. It was a bright, creative and fun collection called ‘Hippie Trail’ with inspiration drawn from the people travelling through the mountsin trails of Pakistan. I have since discovered that the designer also has ethical concerns and recycles their fabric cuttings into patchwork quilts and donates them to charities. 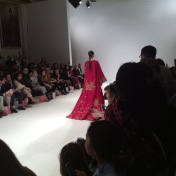 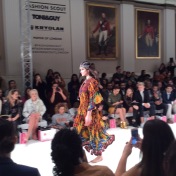 If you did not get a chance to head there this year, take a look at their website www.fashionscout.co.ukfor information on the designers that took part and check out their schedule for future shows.