Desperate to prove there are beasties out there beyond what has ever been seen before, Bill Randa and his colleague Houston mananage to secure what they agree is their last venture into the unknown. Escorted by ex SAS James Conrad and Lieutenant Colonel Packard, not only do they discover a lost pilot but they doomed to find exactly what they were looking for. 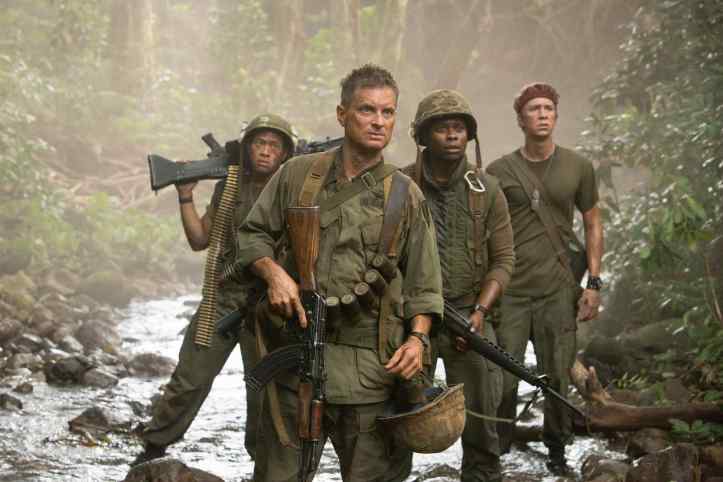 Kong: Skull Island is a surprisingly entertaining 2 hours that mixing a great cast and some half decent special effects to prove that films can be fast paced, informative and engaging.

I preface this that I am not a fan of films in 3D, I was impressed back in 2003 when it started to become a regular occurrence but that is where I drew the line. I did not get a chance to refuse a 3D screening but I feel this would be the first time I would say it would be a bad choice to not give it a try. This might be due to the style of filming or the way it was written, but there were very few things about the effects that I didn’t like. ‘Kong looked slightly fluffy’ is the worst criticism I could think of because in truth the whole aesthetic was beautiful. I cant remember where I first heard the phrase ‘special effects are done right when you don’t notice them’ but this is most certainly true for Kong.

Of course those who benefit the most from the SFX are the ones in front of the camera. The dangerous adventure story has been told many times over, epically when it comes to characters like Kong and Godzilla, but this means the roles are petty standard too: the ambitious scientist, his slightly naive but knowledgeable protégé, their rugged and handsome guide and the girl he inevitably falls in love with. Possibly the two additions to this is the homicidal lieutenant determined on killing the beast and the crackpot survivor who wants to save it. As these roles are so defined I guess it was easy to pick suitable stars. There are times when I could only see them as their past roles: John C Reilly saying, “that’s Kong, he is king around here” brings back strong memories of jealous video game a protagonist. But it just fit, they worked and they worked well together. It is hard to imagine who else would have been better suited for the roles to keep the attention on a story that is going for yet another re-boot.

And here is where I am impressed the most. Beyond all of the CGI and acting is a familiar tale that doesn’t really surprise too much. You are introduced to characters, told why they are important, find out the ‘twist’ in a big old hairy ape (no that isn’t John C Reilly), and set up for a big finish. After all of this how can one sit for 2 hours and not feel bored or talked down too? I’m not entirely sure, I worry you will quit reading after around 500 words so 2 hours is out of my league, but I tip my hat to Dan Gilroy, Max Borenstein, Derek Connolly and Jon Gatins. You have kept Kong alive once more and I look forward to what comes next.

Overall I highly recommend taking the time to see Kong: Skull Island, in 3D if you get the chance. It is a stunning visual art, more than just looking at Tom Hiddleston for most for that time. It is an exciting start to what is coming next, and if you want to know what is coming up make sure you stay right till the end!

Click here and Upload your photo to stand alongside the King

Everything you need to know about the King