The musician that’s hitting the scene with his latest single ‘Land of the Free’ is preparing us for his big album drop ‘All-Amerikkkan Bada$$’ … Joey Bada$$ is BACK!

With the announcement of his brand new album ‘All-Amerikkkan Bada$$’ out this April 7th, Joey has let us into his world with his new single ‘Land of the Free’. 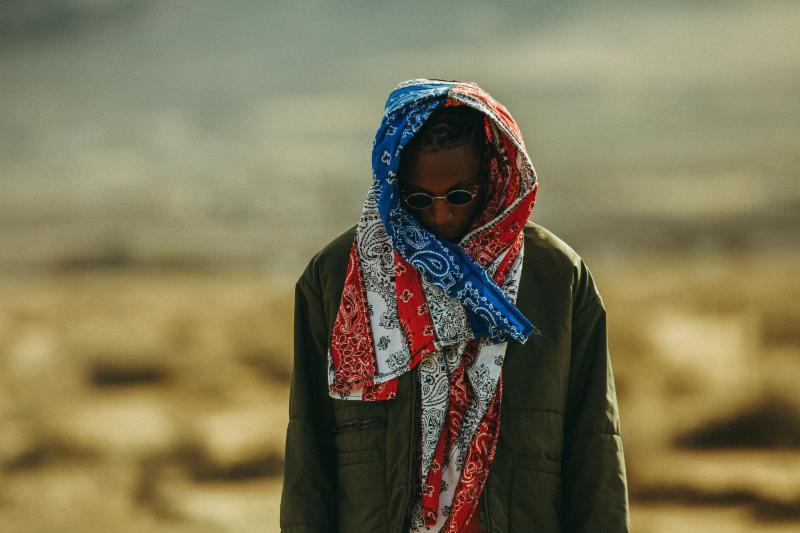 Joey Bada$$ announced his sophomore album and shared a trailer for the new project ‘All-Amerikkkan Bada$$’ out April 7th. The record, the follow up to 2015’s ‘B4.Da.$$’, is available for pre-order now and will be released via Pro Era Records / Cinematic Music Group.To coincide with the announcement, Joey today releases the video for lead single off the album, ‘Land of the Free.’
Released 6th March 2017, the video shows Joey leading a group of African Americans through a picturesque mountainous American landscape and climaxes with a standoff between Joey’s group and white authoritarian figures: businessmen, police officers, and politicians. For us viewers, living in the USA and overseas, makes us acknowledge the power struggle between race and class that continues to thrive in modern day society.
The video was co-directed by Joey alongside Nathan Smith (D.R.A.M., Goldlink). The video has tallied up a million + views since its release.

The visual is a strikingly powerful statement on the current political climate – Joey does not often speak on the social and political issues that plague America and the rest of the world in interviews or on social media, but with the delivery of All-Amerikkkan Bada$$ next month the rapper intends on addressing the current state of the world in 2017 from his point of view.

Not only has the Brooklyn rapper and businessman, Joey Bada$$, established himself this year with his new album, 2016 was THE breakout year for him. This year saw him between the success of his single in ‘Devastated’ (which recently went Gold in the US), his primetime television acting debut as Leon in the award-winning TV series ‘Mr. Robot‘, his role in massive Calvin Klein and Adidas ad campaigns and main stage Coachella debut.

The ride of his success with only continue in the years to come and for now, we are able to enjoy the work he has already put out there for us. Watch the video below.