Beam me up shawty! The Briefs Factory is back and better than ever! This year they are gracing us with their incandescent presence for a full 12 week run of their new hit show Close Encounters! 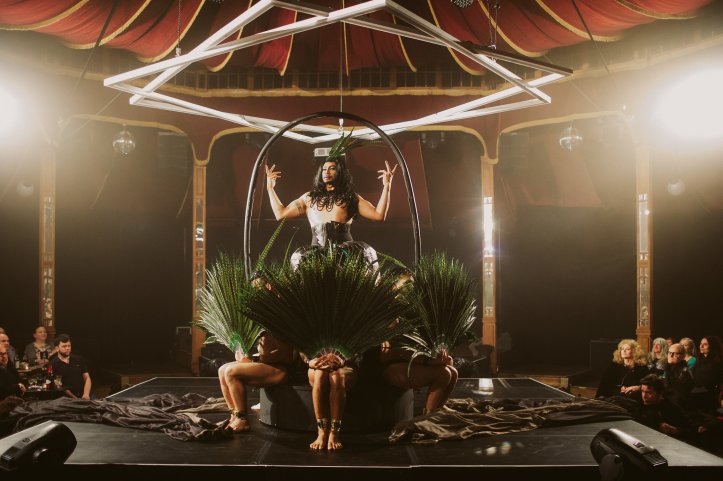 The beautiful Fez Fanana, Commander of the Briefs mothership, invites you to leave your troubles at the door and join the boys in a glittering alternate reality where laughter and sexual deviance goes hand in hand & everyone is accepted for exactly who they are, no matter the genitalia! Fez for Prime Minister! He sashays around the stage with an elegance that would rival Beyonce, a sharper tongue than Joan Rivers and the type of buns Sir Mix-A-Lot was singing about!

The ever-alluring Captain Kidd makes Dita Von Teese look like a rachet wannabe. But if flying naked hunks aren’t your thing, Louis Biggs ramps up the chemistry with his geek chic combination of erupting strip tease, Rubik’s cubes and balls… so many balls! If Louis had been my science teacher, I would’ve paid a lot more attention in class!

It’s not all Chippendales and circus magic though! You can expect rib tickling performances by Kate Bush, a contemporary dance complete with subtitles and an alarmingly funny rabbit. The energy and utter mayhem is astounding and leaves you dizzy and breathlessly wanting for more. Literally dizzy though; these warped speed devils could give NASA’s centrifuge machine a run for it’s money!

Looking around the audience, I could see such an amazing mix of people in the throng; gay & straight, young & old, swarms of hen parties and couples on dates. Every creed and colour all united by our love of FABULOUSNESS! That’s the only way to describe it! Comic timing, acrobatics and strip tease are all individually incredible skills. To find them all encompassed on one stage is a damn miracle! 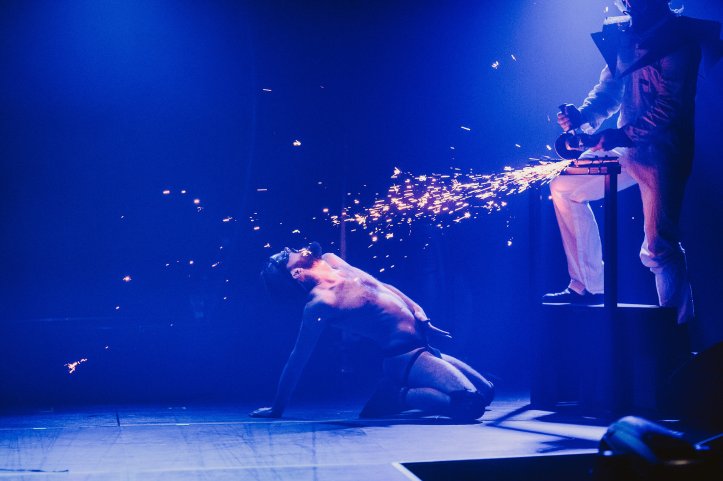 The whole show from start to finish is howlingly hilarious and slip off your seat sexy. My only regret is that I didn’t have any cash with me for the raffle; the prize is so amazing you’ll be so jealousss if you don’t win!