Four guys making yacht punk by the canals of Amsterdam, Down is one of St.Tropez’ most visceral cuts to date: “both a chaotic ode and a political indictment to destruction” as they see it, pummelling drums usher in a bracing riff, before the group’s trademark groove and ear for a chorus takes over. All of this is accompanied by an ominous visual component – one elongated, weirdly cinematic greyscale shot. 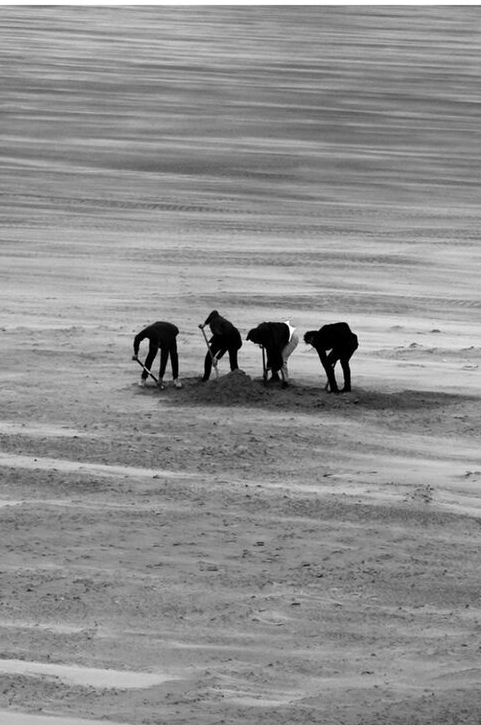 The quartet released their self-titled debut album in 2016 and followed it up with the Debate EP a year later, receiving praise from the likes of NME, DIY, DORK and Clash.

St.Tropez release their first track of 2018, the infectious yachtpunk single Down.

Alongside this, St.Tropez have built up a fierce live reputation, with the band taking to the stage throughout Europe and the US – including performances at the iconic SXSW and Great Escape festivals.

Down is the first taste of St. Tropez forthcoming second full length record, set for release in May. To celebrate this, the band will open a pop-up studio/venue in Amsterdam Central Station during the month of May. By opening up this physical place, St. Tropez want to promote ‘making music and being in a band, in general’.

“Catchy as hell,  kicks against the pricks in the most gleeful fashion possible.” Clash

To do this, St. Tropez will welcome several international artists and bands, both beginners and experts, to visit the studio and experiment with making and recording music. With recording workshops, for kids and adults alike, demo-sessions for emerging bands, documentary viewings and musical collaborations, St. Tropez at Amsterdam Central Station will be about celebrating experimentation.

Alongside these creative sessions, there will be several live music events held weekly at the pop up studio/venue, which will be open daily throughout the whole month of May.

Recorded and produced by the group in their own Amsterdam studio, before being mixed by Shai Solan, Down is being self-released on 16th March.