Impact winter is now available digitally for Playstation 4 and Xbox One.

A new announcement came this week which chills me to the [Mojo] bones, in a good way of course. Impact winter, a kickstarted which began back in 2014 have been released on both on PlayStation Network for PlayStation®4 and the Xbox Store for Xbox One. Previously exclusive to STEAM®, you can now prove their skills and survive the winter on your consoles by the warm fire place. 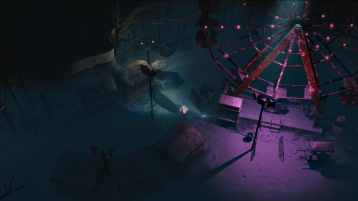 Stuart Ryall, Co-founder and game designer of Mojo Bones Ltd released a blog update on 5th April stating that “Launching on consoles represents a big milestone for us – and the end of a very long journey. We started with a modest concept back in 2014, and over the course of development we’ve learnt a huge amount, with the game becoming much more than we first imagined. The small team here at Mojo Bones are incredibly proud of what we’ve created”. He then reached out to those who supported the game from the beginning and said “most of all, we’d like to thank you – the people who support us and our work. From the friends and colleagues who gave us their valued opinions, to the original Kickstarter backers who stood by us before the game was even in full-time development.” Impact winter follows the story of Jacob and his team of 4 survivors who have held up in an abandoned church. The rescue team is 30 days away, do you think you have what it takes to keep them alive before timer reaches zero. Based on team management and survival skills you can discover, drill and dig for supplies with your robot companion named Ako-Light. Help is coming, will you survive until then?

IMPACT WINTER is now digitally available for PlayStation 4, Xbox One and PC. The game will be available in Japan on April 11th, 2018.

To know more about IMPACT WINTER please visit impact-winter.com and about BANDAI NAMCO Entertainment Europe’s other products go to bandainamcoent.eu or follow them on Facebook.com/BandaiNamcoEU or join the conversation on Twitter at bandainamcoeu