Newly released to the Nintendo Switch, One Piece: Pirate Warriors 3 is an exciting look back to the original anime. Not only can you fight your way to the One Piece treasure with Luffy and his friends but you and your friends can explore all 40 of the previous DLC’s from the PS4 and PC, but can you Hack another game from Omega Force? 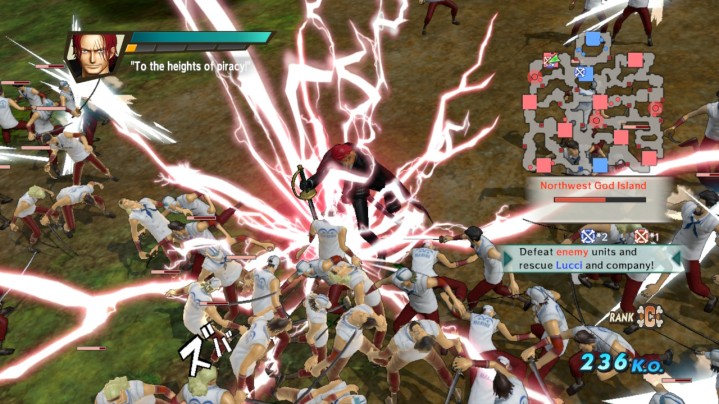 As a developer, Omega Force excel at mixing a gripping story line with a hack and slash style, following the main characters through simplistic map with oodles of enemies. This is broken up with the occasional “elite” characters and end of level bosses. Playing with a teen shows that it’s not the most taxing of games at a basic level: filing your Kizuna Gauge will bring the support of NPC’s and Hero Powers which are unique to each character, but this wont guarantee a high score.

Playing with a second player is both a pleasure and a pain. I miss the old split screen games, but with the continuing story line through the game, often the bottom screen is obstructed by text bubbles. It also doesn’t help that the 3rd person camera around cut scenes changes creating it difficult to play. Saying that, these aren’t obstructing all the time and having a co-op mode allows you to focus on separate objectives or work together to take down big bosses. 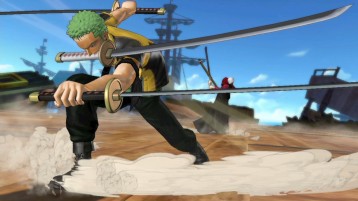 The most you profess through the game the more you unlock, that should be obvious but after EA’s recent mistakes it’s worth pointing out how satisfying it is to work towards new characters, clothing and other unlockable content.

Overall this is a nice causal game. If you know One Piece then i would recommend it to break up other games you are playing or for short periods of time. It’s probably not a game you would go back to again and again, I’d rather watch the show to remind myself of the story, but a chill game to play with a friend!

Journey from Fuschia Village to the island of Dressrosa ruled by the evil Doflamingo ONE PIECE: PIRATE WARRIORS 3 DELUXE EDITION gathering every member of the Straw-Hat-Crew. Along with the full game, ONE PIECE: PIRATE WARRIORS 3 DELUXE EDITION will also contain over 40 DLCs, enhancing an already thrilling gaming universe with new features. Don’t worry, you don’t have to be alone, play with friend using the Joy-Con™ controllers of Nintendo Switch™.

ONE PIECE: PIRATE WARRIORS 3 is available for PlayStation 4, PC and Nintendo Switch. Find out more about the game at https://en.bandainamcoent.eu/one-piece/one-piece-pirate-warriors-3 or follow on Facebook.com/BandaiNamcoEU  or join the conversation at Twitter.com/BandaiNamcoEU.