The time is upon us where the faithful and the lucky make the pilgrimage to hallowed ground of the San Diego Convention Centre for THE comic-con event of the year. Yes, SDCC is upon us and with it comes the usual tidal wave of new trailers for all the up coming shows and films.

One of which is the first trailer for James Wan’s Aquaman.

So…what are we going to get?

It would have been a safe bet to assume that we would be getting an Origin story with this first solo instalment of the Atlantean King, however that doesn’t appear to be the sole focus of the film. We can probably expect to get the abridged version of Arthur Curry’s (Momoa) upbringing in the human world before he takes up the mantle of Aquaman. Considering there probably won’t be much in the way of underwater antics for young Arthur, a good guess would be that his younger days may well be told either through flashbacks at relevant points or take up the first ten to fifteen minutes before we really get stuck into the story line. 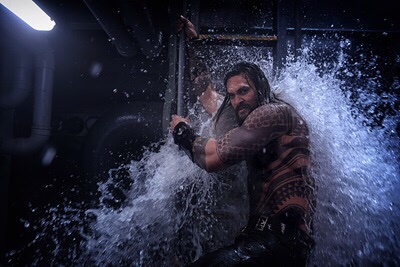 The main plotline would appear to be akin to that of the prodigal son, Arthur growing up in the Human world before being tracked down by Mera (Heard) who wants to bring him back to Atlantis to defeat his brother Orm / Ocean Master (Wilson) and take his rightful place on the throne of Atlantis. 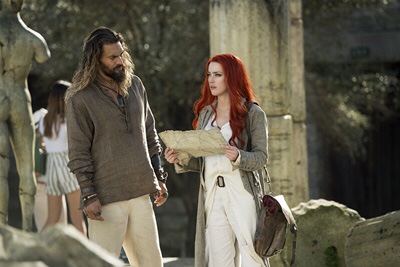 We also got a good look at Aquaman’s nemesis Black Manta (Abdul-Manteen II). It would seem that D.C have stuck very much to his comic book appearance, rather than take a different approach and adapt his look, much like they have done for all their other characters that have received the big screen treatment. How he will fit into the story line remains to be seen but this writer doubts that he will be a prominent feature of this particular flick.

On a side note, it would seem that D.C may have forgotten to leave some money aside for the visual effects. There is a lot to be taken from the trailer that does look impressive, however, the sequences under the water and in Atlantis are very evidently effects. Black Manta especially looks a little ropey.

I do stand by my original thoughts and Momoa could quite possibly give Arthur Curry / Aquaman some much needed street-cred. On the flipside, if the rest of the film doesn’t step up, then this movie runs the risk of being a bit of a wet fish.