Mile 22, an action-packed race against the clock

Mark Walberg is part of a team of special operatives who work for the government. They are called in for a top-secret mission. They must leave abandon their statuses as government employees because the nature of the mission requires plausible deniability.

The mission is to deliver a ‘package’, played by the Indonesian actor Iko Uwais. His character, Li Noor, arrives at the American Embassy saying he has actionable intelligence saved on a disk.  He explains the disk will activate a weapon of mass destruction in a few hours unless his is safely taken onto a plane out of the country. At which point he will hand over a code to stop the time bomb. Now considered as a traitor, Li Noor is being hunted down by his allies. 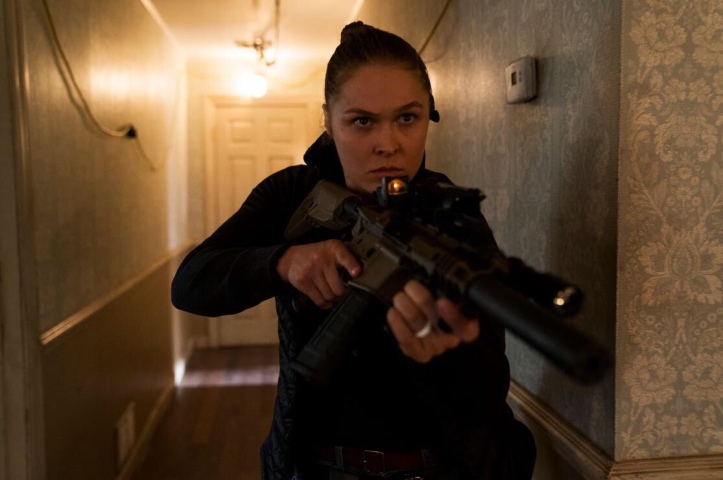 The five members of the special force team are code named ‘Child 1 to 5’ and the cool tempered shadowy team leader played by John Malkovitch is ‘Mother’. The team includes Ronda Rousey, Sean Avery and Lauren Cohan (Maggie from the Walking Dead). She plays a mother dealing with a messy divorce who needs to put her personal issues aside for the benefit of the operation.

The film directed by Peter Berg has been bashed by critics, scoring only 22% on rotten tomatoes. They main reason is the erratic and overdone editing. Coherence is lost by the attempt to create a fast paced, plot heavy film with attitude. There are random dialogues on top of a forward-flashback structure in which Wahlberg’s character, Silva, is testifying post operation in a dark room. This is supposed to serve as a tension inducing narration tool adding tension, but the delivery is a failure.

In the beginning, there is an expository montage presenting Silva’s backstory. He is an ill-tempered super genius with a broken childhood. Slightly on the spectrum, he snaps a rubber band around his wrist whenever his brain is in overdrive. This impediment is gimmicky and irritating throughout the film.

Mile 22 comes to a steady pace in the second half when the mission kicks off: drive 22 miles through the city to deliver the package. This is when the film picks up momentum and becomes a solid entertainment to be watched on the big screen. It is an action-packed race against the clock. Iko Uwais fight scenes are incredible and the choreography is very creative. Again, the editing is so chopped up we can’t really appreciate the full range of his stunts.

Despite lacking in coherence Mile22 is worth watching for the action sequences. The ending has a surprising twist that is refreshing for an American action film. We look forward to the sequel that had been announced.