Little Nightmares: The game of Dreams

Bandai Namco have given us some of the most iconic games we have ever seen including Tekken, Dark Souls and Ni No Kuni, but they are soon to release what is possibly the most haunting and beautiful game all in one.

Trapped in The Maw, Six is searching for her way out arm only with her wits and a lighter. She must find light in darkness, strength in weakness to survive the outside world. Every new room is a new puzzle where you will have to hide, sneak, climb, escape and evade the dangers including The Janitor. Not only does this game have a beautifully unique style but an un-missable sound track that I would expect to be at least nominated in 2017 Game Awards. We were lucky enough to catch up with Bandai Namco at Comic Con last year who was very sketchy on who and what Six is but talk a little about what the game will entail.

Little Nightmares will be released on April 28th on Xbox One, PS4 and PC as well as GOG.com and Steam. Pre-orders will receive incredible in game content: The Scarecrow Sack and the Upside-down Teapot Masks to help Six blend in with other inhabitants. Those who pre-order for PC or PS4 will also receive a digital copy of the original soundtrack and The Janitor wallpaper/theme. 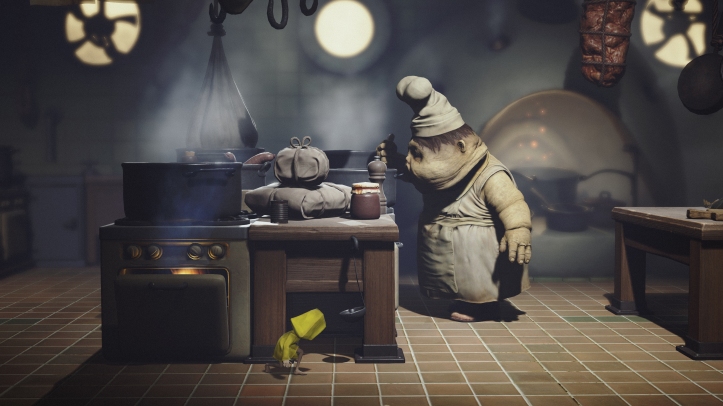 If you like your games to come more to life then the Collectors edition, exclusive to Game, will include a 10cm high figurine trapped in a themed cage box as well as the soundtrack composed by Tobias Lija from Tarsier Studios, an exclusive A3 poster and a stickers board.

Little Nightmares to be released on April 28th on Xbox One, PS4 and PC