Set in 2045 where people choose to spend the majority of their time in a computer simulation, the first clue is found to what is considered the greatest prize of all time. Wade Watts and his friends set out to decipher the rest of the clues before the IOI corporation sells their world to pop up ads and click bait.

If you have seen the trailers for this film, you will see it boats a plethora of references of pop culture from the 80’s to the present day. If you have read the book then the announcement of this film was something close to your first wet dream. Mostly following the same plot, Spielberg has created a worrying accurate representation of what could be our future whilst capturing beautiful details set out by Ernest Cline. Spoiler alert, i did like this film, with the exception of Warner Bros. weak ass ending, and here is why. 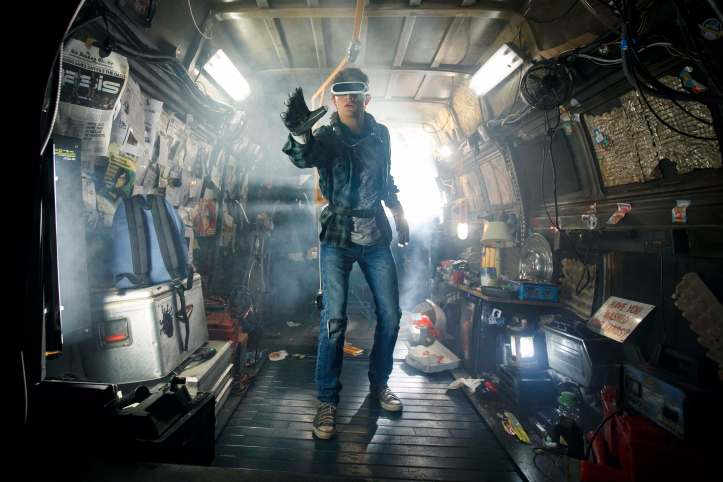 Im a romantic, so any film that looks at fighting the big corporation, persist till the end and get the girl but at the same time challenging what we see as normal in society, is going to be a hit. Base this around computer games I’m happy, until the 6 year old child on the same row as me shouts “MINECRAFT!” Jokes on that kid when i glance over at their face as we watch two identical twins disappear into a hotel lift and are replaced with an inconceivable amount of blood flowing down the corridor. (No Shining star for anyone who can guess that reference).

The film has been critiqued for being an idealistic view of what VR chat should be, sorry Polygon that is a direct reference to you, but this is where a film cannot capture the intricacies of a book. We live in the early VR generation, where it is still only the “richer” who have a headset worthy of playing higher level games or the time to sit in chat rooms to play around with the physics of their favourite anime’s jubilees. I would encourage you to watch the film but try and take note of all the smaller details: the child who is growing up learning the piano in a virtual world, the art on the wall, the few notes used in a infamous film that goes unnoticed but is a nod to a classic film you might have heard of or even seen. 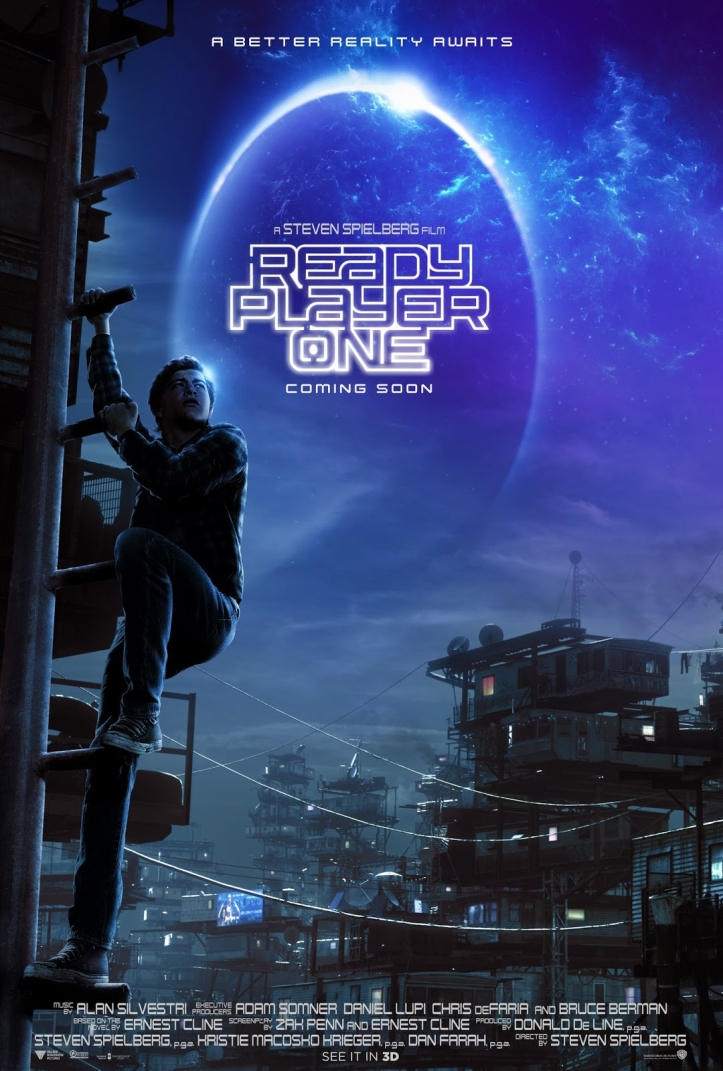 I was a little sceptic going into the screen, last time there was a film that claimed it was going to drop this many references it Wrecked my hopes and dreams! But give a big director a big budget and he will each of your senses with its own flavour. The cast have their own surprises: from Simon Pegg deceptive performance of Ogden Morrow to T.J. Miller’s perfectly awkward voicing of I-R0K and Olivia Cooke as Art3mis/Samantha who was just beautiful!

The only thing better than the cast selection has to have been the beautiful work of ILM on the VFX. Obviously there was a clear difference between what was in the OASIS and what was “real world” with the exception of the “movie sequence” which could have been lifted straight from Stanley Kubrick’s classic.

This film is not perfect by far, I don’t mind that some of the challenges are different: I’m impressed they managed to get as much of the book into the film as they did! I think the weakest part is an attempt to explain how nice and neatly everything was brought together (don’t pretend that is a spoiler, if you don’t suspect he gets the win in the end then id assume you spend your time digging for diamonds in a cube world). Honestly i can work out the bad guys lost out on everything and the good guys make all the altruistic choices, i don’t need a voice over to tell me.

The beautiful of Ready Player One is that it can appeal to anyone: the kids who are just getting into these games, the MVP’s who’s clan is top of the Halo leaderboard, even those a little older who enjoy the music and memories of Atari 2600. It looks spectacular, its engaging (even for the 2 hour run time) and there are 1.21 gigawatts worth of references! A solid 8/10 and a must see at least once!