SLOTHRUST ANNOUNCE UK ALBUM RELEASE OF “EVERYONE ELSE” OUT IN APRIL

US blues-grunge trio SLOTHRUST have announced the European release of their third album ‘Everyone Else‘ out on 28th April via Dangerbird Records.  The album announcement is accompanied by the release of the video for teaser track ‘Sleepeater’ – watch bellow.

Slothrust, Leah Wellbaum (lead vocals/guitar), Kyle Bann (bass), and Will Gorin (drums), formed whilst all studying music at college in New York. Since the band’s 2012 debut ‘Feels Your Pain‘ Slothrust have been crafting their unique strain of jazz and blues-afflicted rock that has established them as a band unlike any other and ‘Everyone Else’ is a clear representation of Slothrust’s progression. 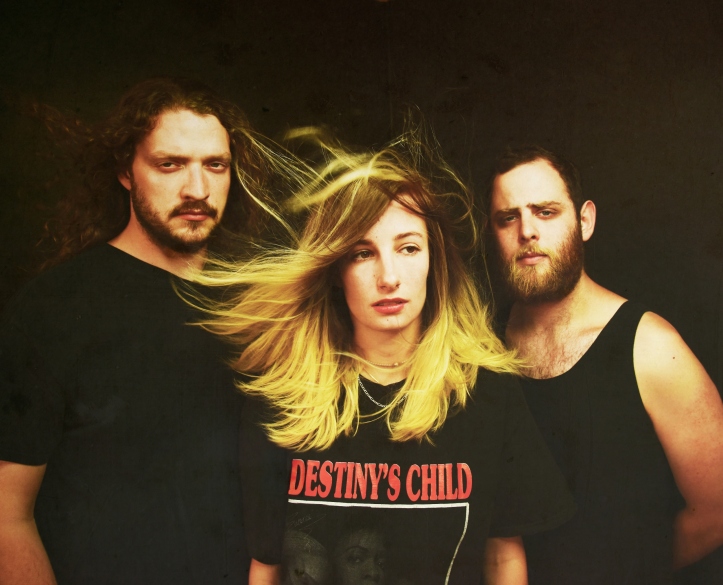 The band’s forthcoming LP delivers ten riveting anthems that reward repeated listens, drawing heavily from their love of 90s grunge as much as their learnings in jazz and blues. The songs grab the ear and pierce the psyche with complex arrangements and lyrical depth intensified by Wellbaum’s penetrating vocal delivery. Serving up deceptively clever epics that veer satisfyingly between incandescent riffing and pop hooks, winsome anxiety and powerful heft.

Slothrust have been building momentum in the US with the release of ‘Everything Else’ last year alongside a wealth of music videos including “Horseshoe Crab”, “Rotten Pumpkin” and “Like A Child Hiding Behind Your Tombstone”.

Slothrust come into their element as a live band, often reimagining and deconstructing their songs for acoustic sessions.  The band recorded a series of live versions at the Dangerbird offices.  Watch and share below.